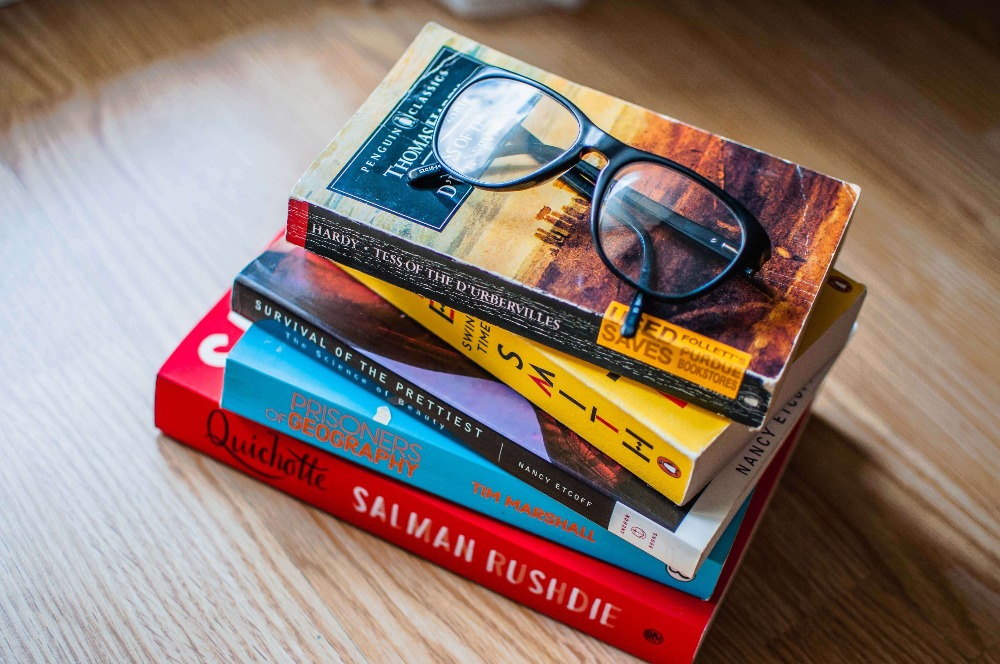 This is the kind of question that can create confusion, because there’s crossover between the categories of literary fiction and commercial fiction, and the definitions are not at all fixed.

Some say the distinction is to do with the accessibility of the prose and story: literary fiction is thought to require more thought and engagement from the reader, while commercial fiction lends itself (too?) easily to understanding.

Others make the distinction based on the purpose of the work: literary fiction is art, commercial fiction is entertainment.

Some argue it’s really about sales: literary fiction has a smaller audience and so doesn’t sell well, but it can win prizes and confer status. For their continued existence publishers rely on sales of commercial fiction, which sells like gangbusters but is disregarded by big prizes like the Booker.

Still others argue that literary fiction is a category made up by publishers in order to silo some fiction as art, because authors we now consider to have written classic works wouldn’t have concerned themselves with such a distinction or even recognised the terms being used.

Sometimes described as character-driven rather than plot-driven, but more specifically it is likely to be focused on its themes, style and any formal innovation. Its audience are reading for depth and artistry rather than for pure entertainment.

Its market is smaller than commercial fiction’s, and so it can be difficult to achieve high sales unless the book is nominated or wins a famous literary prize.

A frequent complaint from those who dislike literary fiction is that it happily sacrifices plot in favour of focusing on stylish writing or daring experimentation with the form (even when this means losing its audience entirely around halfway through the book).

They may accuse it of showing no concern for the reader and whether it’s possible to understand what on earth the writer is on about and, once deciphered, whether what they’re on about is worth the trouble.

The Booker prize and its history serves as a microcosm of the arguments surrounding the definition of literary fiction and its relationship to accessibility and readability (which commercial fiction tends to prize most high). There are many articles arguing both that the Booker is too literary (and is therefore not distinct from other prizes) or that it’s not literary enough and should stop choosing books which are highly readable in favour of books that are more challenging to read.

It’s unhelpful when the discussion seems to devolve to ‘more difficult = better’. This view aids and shields the kind of writer who insists on using opaque metaphors and complicated language in an attempt to demonstrate artistry and intellect, when a simpler and clearer approach would get their meaning across more accurately. It’s the very definition of pretentious.

Articles such as the ones linked above can be frustrating for those of us who love books and want them to continue to be a viable form of media. As though more blocks to widespread reading were needed. As though more obstacles to understanding equalled excellence. It’s difficult to avoid the suspicion that complaints about the Booker choices being too accessible are really about snobbery – that some of these artists and their colleagues consider their work too good for most people, and would like to discourage the great unwashed from consuming their art by making sure it’s functionally inaccessible to anyone without a degree in an arts subject.

Clarity of expression is a non-negotiable aspect of excellence. Being difficult to understand suggests pretentiousness or at least self-indulgence, both barriers to good writing.

One gets the impression that some think the real test of excellence is how many perfectly intelligent readers can be cowed into thinking ‘I don’t understand this book, so I must not be very clever’, rather than thinking ‘maybe a cleverer writer could make himself understood’.

Maybe the truth is the complainants are just exercised about whether their friends and favourites are nominated for a prestigious £50,000 prize, and we can ignore their comments for being excessively subjective and partisan.

Upmarket can describe fiction that seem to fall into both literary and commercial territory – Cormac McCarthy, Tana French, Donna Tartt and several other writers combine absorbing and thrilling plots with nuanced writing, which contains more depth and sophistication than some more mainstream fiction, and with confidently handled and layered themes. They write bestsellers, but nobody would accuse their writing of being facile and homogenous, which criticisms can dog purely commercial fiction.

But it’s still a pretty nebulous definition. For instance, Julian Barnes’ work may be described as literary fiction, and he was nominated for the Booker three times before finally winning for The Sense of an Ending, while elsewhere the combination of depth and accessibility in his work means he’s described as writing upmarket fiction or, alternatively, dismissed as middlebrow, and surely all these things can’t be true?

Perhaps ultimately these descriptions say less about the writers and their books, and more about the person claiming to make such a judgement about the kind of writer who can both sell books and win prizes.

A term that’s often used in a derogatory fashion, and for some people merely refers to any very popular novel whose primary purpose is entertainment. Jilly Cooper’s books, for example, are wildly commercial, cater to a very wide audience, and – though she frequently uses themes and quotes from classic novels, plays, music and poetry – are cheerfully unintellectual.

(Personally, I devoured Jilly’s books as a teenager, I often reread her when I need comfort, and I wouldn’t dream of considering this any reflection whatsoever on my intellect. She writes a gripping story, there’s no need to apologise for enjoying it.)

Commercial fiction can suffer from an assumption that being popular must mean it caters to the lowest common denominator. This is a misunderstanding of the market – mainstream doesn’t mean dumbed-down, it merely means what a wide slice of the population finds agreeable. A mainstream audience will run from below-average in various metrics through average to above-average, and the art and entertainment they all enjoy will be widely accessible and likely contain some elements that are more sophisticated than others.

It can also be criticised for prioritising plot over characters, but this is by no means true across the board: Rupert Campbell-Black is a distinct, flawed, rounded character who develops and changes over the course of individual books and throughout the Rutshire Chronicles, and this is why he is a well-loved antihero. Katniss Everdeen is often used as an example of a character in a thoroughly commercial novel who is complete and believable and who grows and changes over the course of the series.

Fiction popular with book clubs avoids being firmly in a literary or commercial camp. It defines a particular kind of fiction that walks that line between having enough depth to serve as an interesting subject of discussion, while being accessible enough that the members of the book club don’t have to sweat too much over understanding the symbolism or deciphering the themes. It also tends to sell very well indeed.

Upmarket fiction, that straddles the divide between commercial and literary fiction, does well as book club fiction, but so does plenty of more commercial and genre fiction – Liane Moriarty (contemporary women’s fiction) comes to mind as a common book club pick, even before Reese Witherspoon picked Big Little Lies to adapt for television. Similarly, many titles in the domestic thriller category make great book club picks without necessarily being regarded as upmarket.

Does any of this really matter?

This is a fair question, particularly when the terms I’ve discussed all seem to defy clear, agreed-upon definitions.

But they do matter to authors and to readers, because they are signposts which show what kind of book a given title is. Books – even relentlessly commercial books – are all individual products requiring different approaches to their description, even in the same genre. However, there’s also overlap in kinds of books, and these terms – literary, commercial, upmarket, book club, as well as adjectives like accessible, mainstream, innovative – help to show publishing professionals how to market individual books, and readers how to find a book they’ll enjoy reading, for its artistry or its entertainment value or both.

An author with a view to being traditionally published needs to know how to describe their book to agents and publishers. Both traditionally published and self-published authors need to know how to find comparable titles, and self-publishers need to choose relevant categories when listing their books. Authors have to have a good handle on where their book sits in the market, and who would be its ideal audience. So, understanding the different ways that books are categorised and described is, quite simply, essential.

A manuscript assessment or a mini consultation can help you discover where in the market your book sits and how it can be accurately categorised.

Book an assessment or consultation

This article was first posted on 6th June 2021.