How Long Should My Book Be? 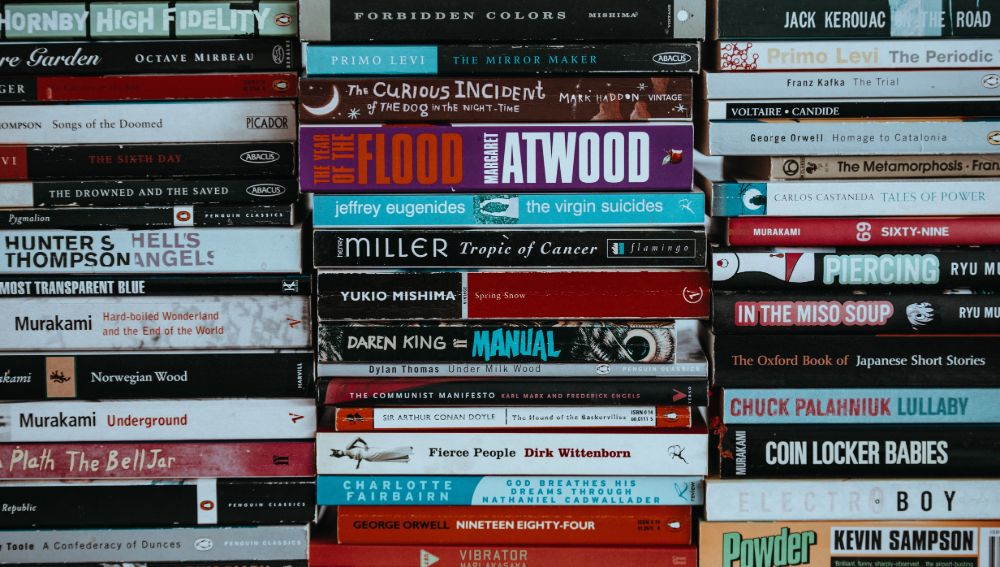 There’s no one answer to the question of how long a book should be, because books come in at different lengths depending on their category and intended audience. Longer isn’t necessarily better – in fact, a short book is sometimes exactly what’s wanted to achieve the author’s goal and satisfy its audience.

A book intended as a brief introduction to a business idea may be under 100 pages. Who Moved My Cheese? by Dr Spencer Johnson comes to mind as a good example of a slim title of this kind that nevertheless caused a big stir when it was first published in 1999, and which has since gained a reputation as a key business/psychology title, especially for people in office jobs. A textbook on business psychology intended for undergraduates, meanwhile, could run to nearly 1000 pages. There is a place in the publishing world for both, as well as much in between.

There are conventions which have come about because of the rise of digital formats and the accompanying proliferation of self-published books. For instance, many small business owners produce a slim book, often less than 100 pages, to augment their branding, to introduce new clients to the ideas they use in their work, or to accompany or funnel customers towards an online course they have created.

Self-published novelists might focus on selling ebook editions of their work, and so needn’t consider printing as a part of their unit cost, and in which case they can write a longer book than might be commonly found among traditionally published books in their category.

Possibly muddying the water a little, challenges like NaNoWriMo seem to suggest the first draft of a book should be around 50,000 words. In fact, it’s not that the length of a first draft should be 50,000 words so much as that’s the number of words needed to complete that writing challenge. This length will strike many as being awfully short for a book, while at the same time being longer than some writers think their particular book needs to be.

The answer to how long a book should be is therefore the same as the answer to many other questions surrounding aspects of the publishing world: it depends.

Word count vs number of pages

The first thing to note is it is more useful and usual in the publishing industry to talk about the word count of a book, rather than the page count.

Depending on the format, type size, amount of dialogue, and various other considerations, a page might have anywhere from 250-400 words on it. The same book will have a different number of pages in its paperback edition than in the hardback edition, and the ebook edition will be different number than either. You can immediately see how talking only about the number of pages in a book is not very illuminating.

Editors and other publishing professionals, therefore, tend to talk about word count, and they often round the number to the nearest thousand or five thousand.

How long should my book be?

Literary agents and many traditional publishers only deal in what they call full-length books (that is, they often exclude short stories, novellas and other short books from the list of what they’re looking for). By full-length, they mean a word count that matches the conventions of traditionally published novels and non-fiction titles in a given category.

In self-publishing, the conventions are looser, although self-published authors should avoid totally confounding their reader’s expectations (see below).

The word count of popular forms of writing

In fiction, short stories may be as short as 1000 words, and go all the way up to 10,000 words (and flash fiction can be anything under that, even a single word long). From about 8000 words they start to be described as long short stories. A short story can therefore be anything up to around 40 pages long.

If you are self-publishing, your novel should probably be no shorter than 50,000 words, and this will feel like a quick read.

If you are seeking traditional publishing, 70-90,000 words is common and would result in a book of up to 360 pages.

Once a novel gets past around 110,000 words it begins being described as epic, and so usually these long books are in the science fiction and fantasy categories, where readers are happy to spend a lot of time in a new world.

In non-fiction, the word count can vary hugely. General non-fiction can range from a single essay of around 10,000 words, to around 100,000 words for a popular business or history book. Narrative non-fiction titles, such as memoirs, are frequently around the same range as commercial fiction, so 70-90,000 words.

Since non-fiction is so often sold on the basis of a proposal, which should include reference to comparable books, those comparable books can often provide a guide as to what the audience for that particular book is likely to expect in terms of length.

Be careful about confounding the audience’s expectations

Especially now that books are often ordered online or as ebooks, readers too don’t necessarily consider the number of pages when buying. Sometimes this means they’re caught by surprise.

Don DeLillo’s The Silence was a critical triumph when it first came out in 2020, with many positive newspaper and magazine reviews, all of which referred to it as a novel. One or two reviewers mentioned in passing that the book was slim. This review both calls it a novel and points out it runs to less than 10,000 words — the length of a long short story, on the cusp of a novella, but definitely not novel-length.

Priced at the same level as a full-length book, and described as a novel, its potential readers could have been forgiven for assuming they were pre-ordering a full-length novel.

Now look at the reader reviews: in direct opposition to the critics, the readers were furious, because the book turned out to be 128 pages in its first print edition and 61 pages in ebook, with large, generously-spaced type. Readers were finishing it in about an hour. They felt lied to and ripped off and castigated the story not merely for its deceptive length but also for pretentiousness. It isn’t hard to surmise they chose pretentious as a descriptor based not only on their judgement of the content but because they felt it masqueraded as something other than it was.

Of course, none of this has especially harmed Don DeLillo’s reputation or sales, but as an example it is instructive for other authors: it might have been an idea for that title to have been explicitly marketed as a long short story or short novella and priced as such, since presenting it as if it were a full-length novel understandably irritated its audience, who really just wanted to know what they were getting.

There isn’t, or there shouldn’t be, a direct correlation between price and number of words, or price and hours taken to read a book, because this is clearly a nonsense: W.B. Yeats’ poem ‘The Second Coming’ is less than 200 words and yet no one is going to say it is less meaningful or important to our culture than the half a million expended on the Twilight saga. Nevertheless, rightly or wrongly, readers have come to expect that short books, novellas, ‘singles’, or special edition short stories are priced lower than full-length books.

Pricing is not the only consideration, either. The structure of books and the beats of storytelling tend to result in books that broadly fall into similar lengths, depending on category, and their readers come to expect these conventions to be followed, unless there is a good reason to depart from them and/or the author handles the departure very skilfully.

So, to you authors who want to be different: be careful. Make sure you know the conventions, so that when you break them you do so in full knowledge and for excellent reasons.

Confounding their expectations can lead to unhappy, unsatisfied readers. And readers are smart. When they feel unsatisfied by a book, they often know instinctively when the problem is the length: that the book is too short and needs expanding, or too long and should have been cut down, and they are then not so impressed with its author. The reviews will reflect that and so impact sales.

When deciding how long your book should be, consider the length of other books in your category. If your draft comes in much longer or shorter than the average, you can use that information as a broad indicator that your rewrite should focus on expanding or cutting the text.

Get more advice from The Inbox Edition

This article was first posted in January 2021 and has been updated.