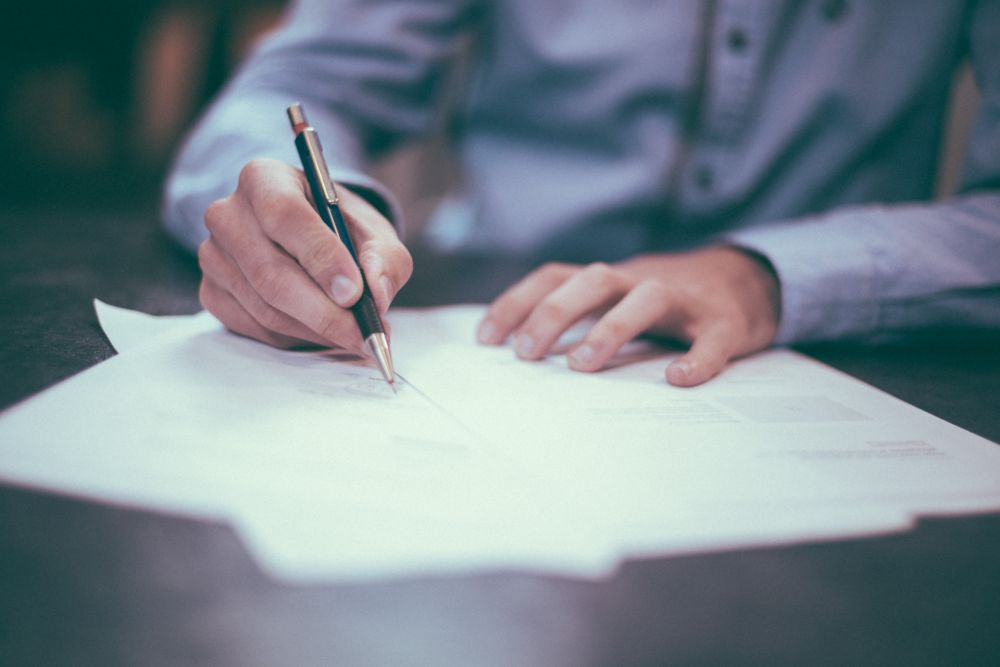 From time to time, I’m asked to sign an NDA before an author will tell me anything about their book. I never agree, and in fact this request makes me and many of my colleagues go sharply into reverse because of what it tells us about the author.

The request never comes from someone who is privy to trade secrets, state secrets, or anything that really needs to be a secret. No, what the author is usually worried about is that I will steal some substantial part of their book and publish it myself which is a) a little insulting, actually, because b) stealing their book would be a silly crime. It’s easily discoverable, unlikely to bring me great rewards, and, once the jig is up, ruinous to my ability to continue working in publishing (or anywhere much else, crimes of dishonesty being quite limiting to career prospects).

I hope I come across as intelligent enough to get away with my crimes if I were so inclined, but instead these authors seem to think my colleagues in publishing and I would do the literary equivalent of pretend we invented Post-its®.

But … people do steal stuff. I read about a case in the news

This is not to say that copyright infringement or plagiarism doesn’t happen. It does.

The last few weeks have seen widespread discussion of the Bad Art Friend case, in which the most striking feature was how not just the plagiarist but also the plagiarised scored the most terrific own goals, and will now have this episode follow them around forever.

What’s worse, the Bad Art Friend was just the latest edition of this particular story. Look at the simply eye-popping extent of Christiane Serruya’s plagiarism, which came to light in 2019.

In the latter case, legal action was brought within a couple of months of the fraud being noticed, asking for several times the amount in damages than the plagiarist made from selling books, and the books were removed from sale.

Christiane Serruya was quite an unusual example because of just how widespread and blatant the plagiarism was, but even a much smaller-scale fraud such as that of Jonah Lehrer, whose main offence was a kind of ‘self-plagiarism’, resulted in serious consequences for his actions: two of his four books were recalled, and despite his efforts it seems his career has not recovered.

You’ll notice, first of all, that these thefts were not committed by an editor, literary agent, or publisher, but by another writer. However, the really important thing to note from these real cases of copyright infringement is that an NDA would not have done a single thing to prevent the infringement.

There are several reasons an NDA is not the answer to worries about copyright infringement, and they fall into a few categories: that NDAs are unnecessary; that NDAs are not standard in publishing and hinder a writer’s ability to get their manuscript read, never mind published; and that the kind of infringement that is feared or alleged is not actually infringing under the law.

So, here’s a quick run-down of the reasons an NDA won’t help you:

An NDA is unnecessary

It’s unnecessary because copyright law already protects your book from the moment you write it. As the British Library points out, copyright is ‘an automatic right and does not need to be registered’. If someone were to infringe your copyright, it is possible to prove to whom the intellectual property belongs.

Furthermore, for the sake of clarity and to reassure worried authors, most freelance editors have a contract, or a set of terms and conditions, which includes a confidentiality clause, and if they don’t have one, you can ask for one. Mine, from the CIEP’s model terms and conditions, says ‘The nature and content of the work will be kept confidential and not made known to anyone other than the Client and its contractors without prior written permission.’ That means it is already part of the terms on which a client works with me that I keep any substantial aspect of the book to myself.

It’s shooting yourself in the foot

NDAs are not standard practice in publishing (though they may be more common in some other industries). This means the author who wants an NDA before showing anyone their book is announcing their lack of familiarity with this industry. In short, it makes you look like an amateur.

If you ask an agent or publisher to sign an NDA you make it easy for them to reject the book sight unseen – because, since you’re an amateur, the chances are they won’t be missing out by rejecting it. People in publishing are overworked already, nobody has time for extra barriers to reading the slushpile.

Asking for an NDA gives the editor or agent information about you as a client, and none of that information makes you seem all that attractive. Do you want the NDA because you’re clueless, paranoid, egotistical, or just high maintenance? Will you be willing to be edited at all? Maybe you will argue with every correction and suggestion and then threaten to sue the editor. These are not outlandish fantasies – every industry has bad clients in it, creative industries perhaps more than most, and we editors talk to each other and tell our war stories.

Books (among other creative endeavours) tend to order themselves into trends, not necessarily by design, and it’s actually highly likely that someone else has written a book with some similar elements at around the same time.

Copyright law protects the expression of an idea and not the idea itself. This means there can be more than one book about a school for witches or wizards, and all the different versions of a dystopian or supernatural narrative concerning a chosen one can exist alongside each other, with none of them being infringing.

This is a good thing, since arguably there are no longer any original ideas. If ideas could be copyrighted, no one could have written about monsters, or love, or a hero, for the last couple of thousand years, since the ancient Greeks already did them all.

There’s a surplus of published books and even more of unpublished manuscripts. The thing you most need to concern yourself with is not whether another author will read your book and copy it into their own book. It’s getting people to read your book at all.

Alright, let’s say you’re really convinced you have something that needs to be closely guarded until publication, and nothing I’ve said has reassured you that an NDA isn’t the answer. In that case, you should probably consult a solicitor who specialises in intellectual property and works with publishers, because you will need their advice about how an agreement should be structured, and how and when to introduce it without scuppering any interest you’ve managed to drum up. The Law Society can help you find someone suitable.

Ready to tell me about your book? Click here
This article was originally posted on 14th September 2020, and has been updated.