Older Writers: Why Being Over 40 Might Make You a Better Writer 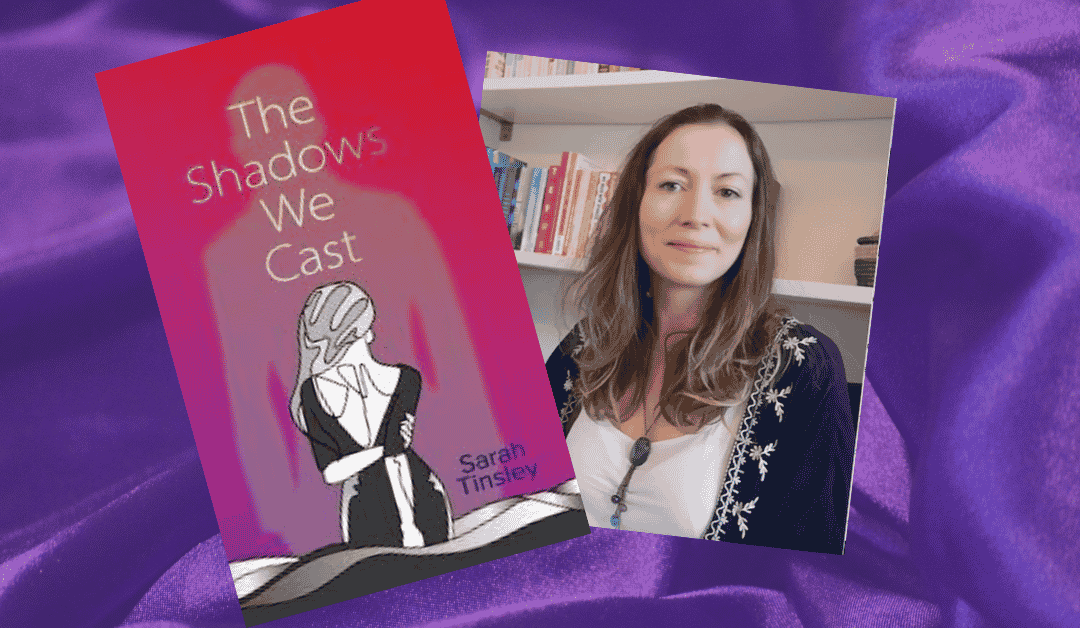 It’s hard to believe that youth isn’t the key to everything. We’re sold the idea that looking as young as possible equals beauty. That staying in touch with the things young people find important will keep us relevant in society. For older writers, it can often feel like you’ve simply left it too late. You might feel your ideas are no longer relevant, that people will be horrified at the thought of reading a book by an ‘old’ person. But what if your age actually gives you an advantage?

I’m here to tell you that being over 40 is fantastic for a writer. I didn’t get my first short story published until I was 35, and my first novel, The Shadows We Cast, came out this year, and I’m 42. I think it’s been an enormous benefit to me. I’m also in very good company. The up-and-coming creatives of the day have nothing on you. Here are five huge reasons why, as an older writer, you’re already ahead of the game as a writer when you’ve clocked four decades of existence.

While I’m not an advocate of ‘write what you know,’ there is something to be said about the number of years simply existing in the world. It might mean that there is a whole area of life and the world that you are a specialist in. The hours you’ve spent on anything from waitressing to teaching to accounting will not only have given you fodder for the creative mill, it will also have given you insight into a range of personalities and situations. Toni Morrison used her editing experience when she published her first book at 40, and Kit de Waal used her background in law and understanding of the care system to write My Name is Leon, published when she was 56.

Undoubtedly you’ve lived through some tough times by now. While of course this is true of people of all ages, perhaps being able to look back over the span of your years will give you a perspective you couldn’t have grasped when you were in your twenties. In my workshop Turning Yourself Into A Book, I encourage writers to draw on a range of memories and experiences to craft both fiction and non fiction writing. It’s often the older writers who have the most unusual or inspiring stories to tell. Make the most of all of your experiences as an older writer and use them to sit back and feel like a wise inhabitant of the earth.

Drawback: Older writers might find it harder to find networks of support for their writing. Don’t miss out on opportunities to share and develop your work, there are plenty of online networks to be found that can be squeezed into your schedule!

With any art there will always be the struggle between creating it and getting paid for it. The good news is that, by the time you’re in your forties, you’re much more likely to be in a stable place financially. You might lack the free time of someone younger with less responsibilities, but you’ll also be less likely to need to rely on your art as a source of income.

When I was a teacher, I actually found that the steady income and regularity of my job helped me to create when I wasn’t working, and I’m not the only one. From Agatha Christie to Franz Kafka, many older writers continued to work even after their writing had made them successful.

In the same vein, maybe you won’t find you need the validation that comes with payment in order to make you feel like a ‘real’ writer. If you put this together, it should enable you to feel freer in creating whatever you want, rather than feeling tied to expectations of what is going to make you money. My fortnightly Scribbles workshops encourage writers to experiment with their writing and make bold choices. I’ve definitely found this is easier since I’ve become an older writer.

Drawback: If money from writing isn’t a necessity, you might use it as an excuse not to submit to high paying/profitable places. Don’t be afraid to shoot just as high as you would be if your rent was dependent on success!

Because we’ve figured everything out by 40, right? Well, perhaps not. But through living longer, we’re far more likely to have experienced a raft of disappointments, setbacks and tragedies. I don’t like the phrase ‘thick skin’ as it implies you’ve become desensitised to emotion, but I do think you will have built up a raft of coping strategies and comforts in the face of difficult times.

Writing will, unfortunately, always come with rejection. Hopefully your armour of emotional coping mechanisms should mean that they won’t affect you as much. Or, perhaps more importantly, that you won’t let rejection define you in the same way you might have when you were younger. In this way, you can see your rejections as your writing having not found its true home yet, rather than an indication that you need to give up.

Drawback: Being ‘new’ at something later in life can be an uncomfortable experience. Older writers often find that imposter syndrome is a real struggle. Remember that you are in a very strong position as an older writer, and don’t be afraid to be vulnerable in the things you create.

On introducing myself to a new friend at the age of 22 I told her I was a singer, composer, writer and artist. Even at the time she asked me, ‘which one?’ Of course we continue to grow and change throughout our entire lives, but it’s likely that we will have a better idea of what we want once we’re over 40. Not only that, but we have a better sense of how we work, what motivates us and what’s important to us. That makes the path to success as an older writer so much easier – if it’s something we really want we’re going to prioritise it, and we’ll know whether or not we should be writing first thing in the morning or last thing at night. My coaching services help writers through the process of writing a book, and a big part of that is understanding themselves, rather than just knowing how to get the words down. Age is definitely a bonus!

Drawback: A slight stereotype, but all this knowledge might lead to a lack of playfulness. It’s important to remember that art comes from play. Allowing ourselves to joyfully experiment should always be part of the toolkit.

One of the things I’ve been delighted with from moving into my thirties, and then my forties, is that I care less and less what people think of me. Leaving the house was a fraught and anxious time in my teens when I agonised over what to wear and that thing I said to a popular girl last week. If you’re not worried about what other people think, you’re more likely to be true to your unique writing voice and not worry that you don’t sound like the popular writers. I dedicate a whole area of my website to sharing the work of other writers, confident that we’re all contributing something important to the literary scene.

Being an older writer should also lead to you being less of a perfectionist. If you’ve decided this is what you want to do, and that you’re running out of time to do it (you’re not, but it’s hard not to feel like that) then you’re more likely to get it out there in the world rather than waiting until it’s in a perfect state before you share.

Drawback: It can be intimidating when faced with young writers. Remember that you are not trying to inhabit the same space as them. You have your own, individual style and voice. The writing world has a you-shaped hole in it, you just need to fill it.

So there you have it. While the TikTok and Insta culture blossoming around us might make us feel ancient (and by all means get involved, I also know older writers who have done so with great success!), it’s important to remember that every writer is unique. What you are bringing to the artistic world is just as new, fresh and exciting as anything a younger writer has to offer. Because there is only one You in the world. As long as you stay true to that, nothing you write will be dated.

Sarah Tinsley is a British writer, author and writing coach living in France. She provides resources, workshops and feedback and coaching services to a range of writers. Her short fiction has won awards and been published widely, including Mslexia, Litro and the Bristol Short Story Prize. Her first novel The Shadows We Cast was published in 2022 and won the Spread the Word/Bookouture Prize in 2019. She also created Write By You, a company that runs writing projects for diverse, young female writers in North London. You can connect with her on Twitter or Instagram @sarahtinsleyuk and her website is www.sarahtinsley.com